A Honeymoon Safari in Africa

Ok, so I’m going to be honest with you here guys, I had a pretty fixed idea about what makes a Honeymoon and it didn’t involve a Safari! It mainly involved clear blue waters, a luxurious hut on stilts over the ocean, a sun lounger and a shedload of cocktails. Unfortunately, my husband had other ideas!

They say opposites attract, and when it comes to our ideal vacation, we’re pretty damn opposite. Whilst my mantra is ‘the hotter the better’, Jonathan can’t stand the heat and will last about 5 minutes on a sun lounger before he’s bored!

When he first suggested a Safari, my Honeymoon dreams were dashed, but he knows I’m a sucker for cute animals, so he quickly wore me down with baby giraffe pics, and promises that it would be just like The Lion King! You know what? He wasn’t wrong. It really was like being immersed in a magical Disney movie, an experience I will always treasure, and one that still brings tingles to my spine when I think about it. 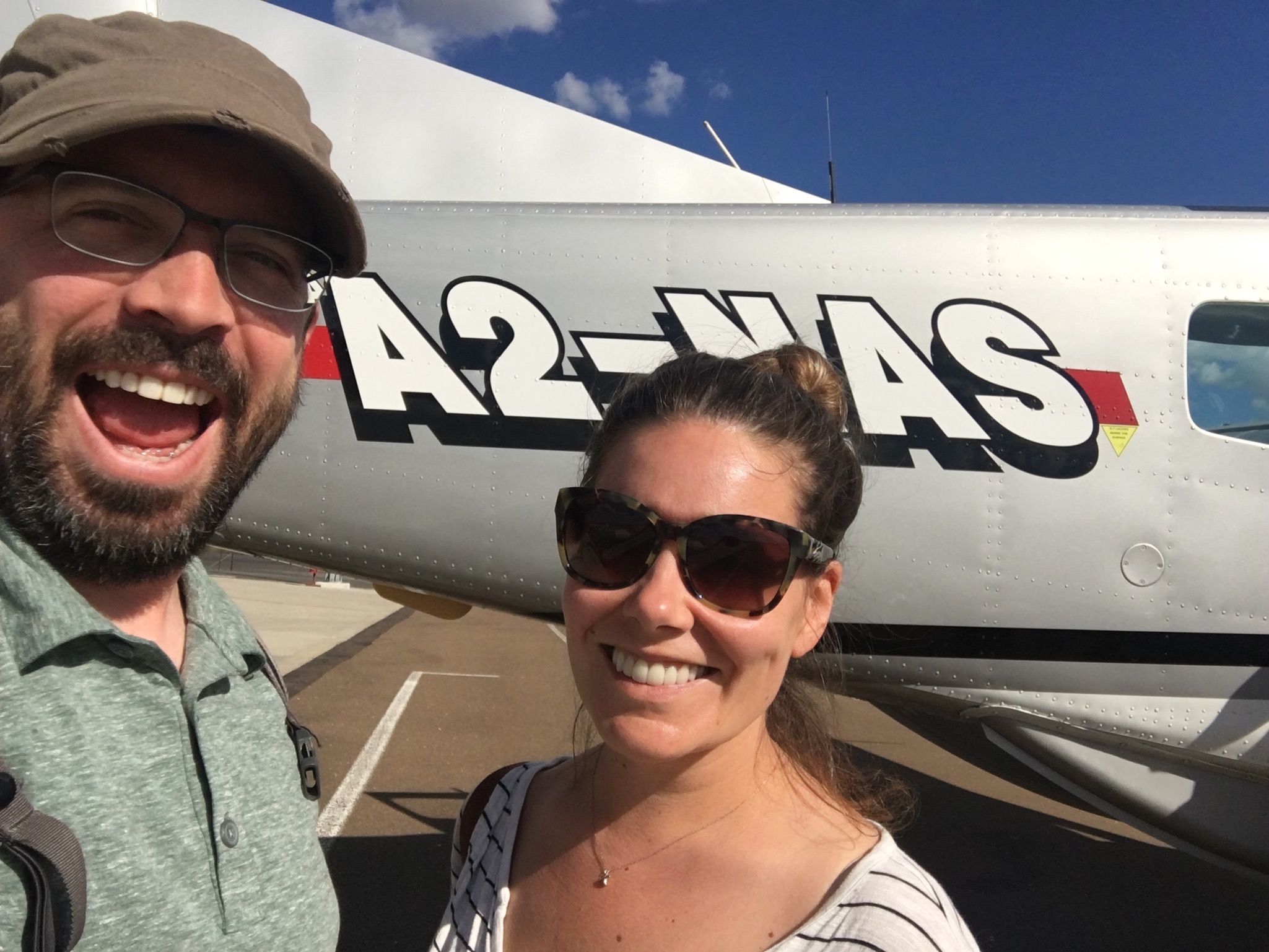 Boarding our flight to Zavuti

After transferring from Johannesburg in South Africa to Botswana’s capital, Maun, we boarded a tiny little 4 seater plane to our first camp, Zavuti Lodge, and from there, the magic pretty much started straight away.

After a quick 20 minute flight, we touched down on a dirt strip that passed for a runway, where we were met by our guide, Archie. He asked us if we wanted to go straight to the hotel, or take a quick safari. We were exhausted after 20 hours of travel, not to mention our wedding, a mere two days before, but when in Africa… right?!

Man, did we make the right decision! Not five minutes after leaving the airstrip we met a group of teenage male elephants that were, in Archie’s words ‘showing off their manhood’ – this involved a lot of trumpeting, ear flapping and tree shaking! 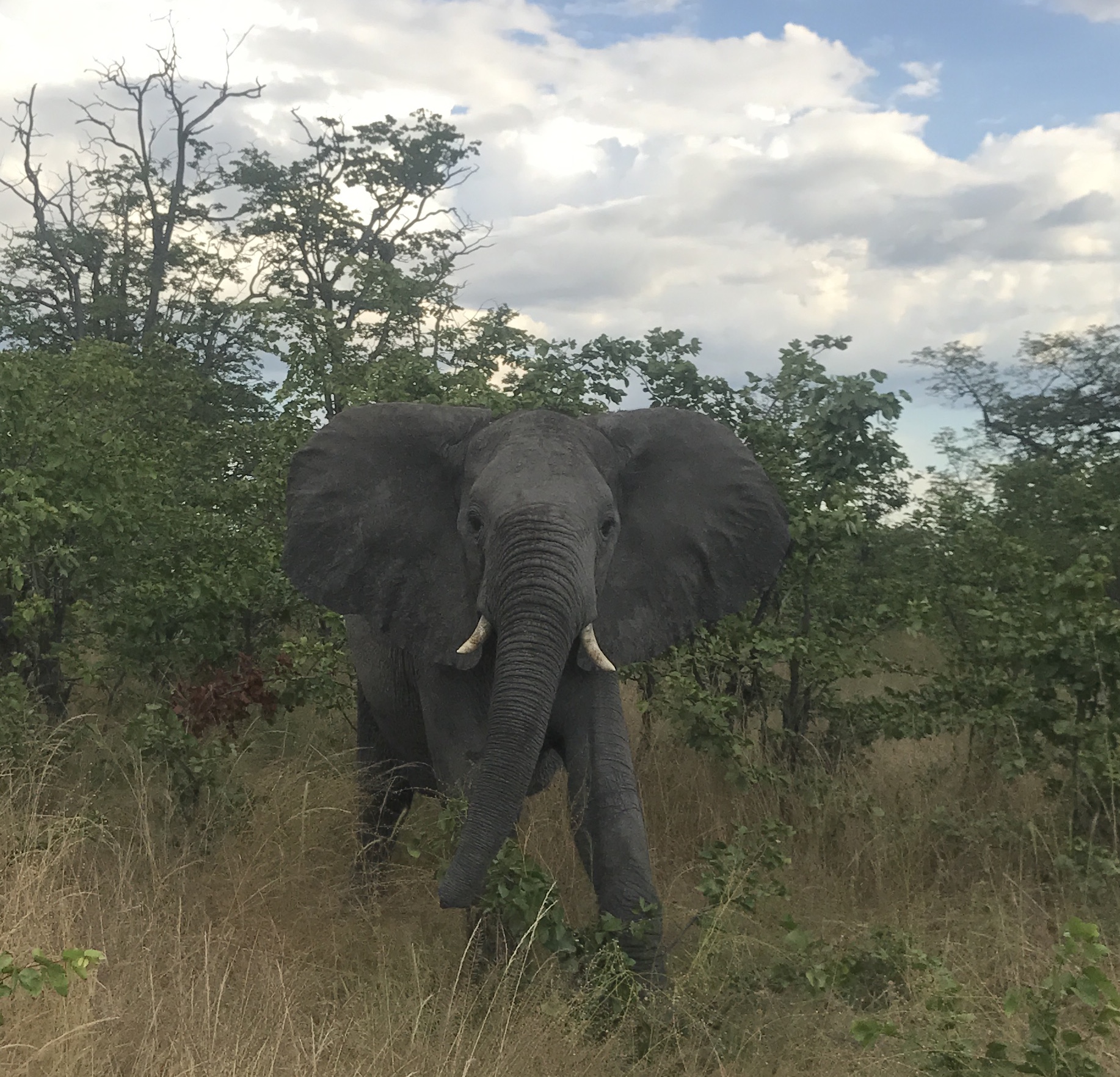 On our way back to the lodge we had spotted countless antelope, beautiful birds, and learnt about the natural healing properties of various local plant-life. Suffice to say, it was the best trip from an airport, ever! 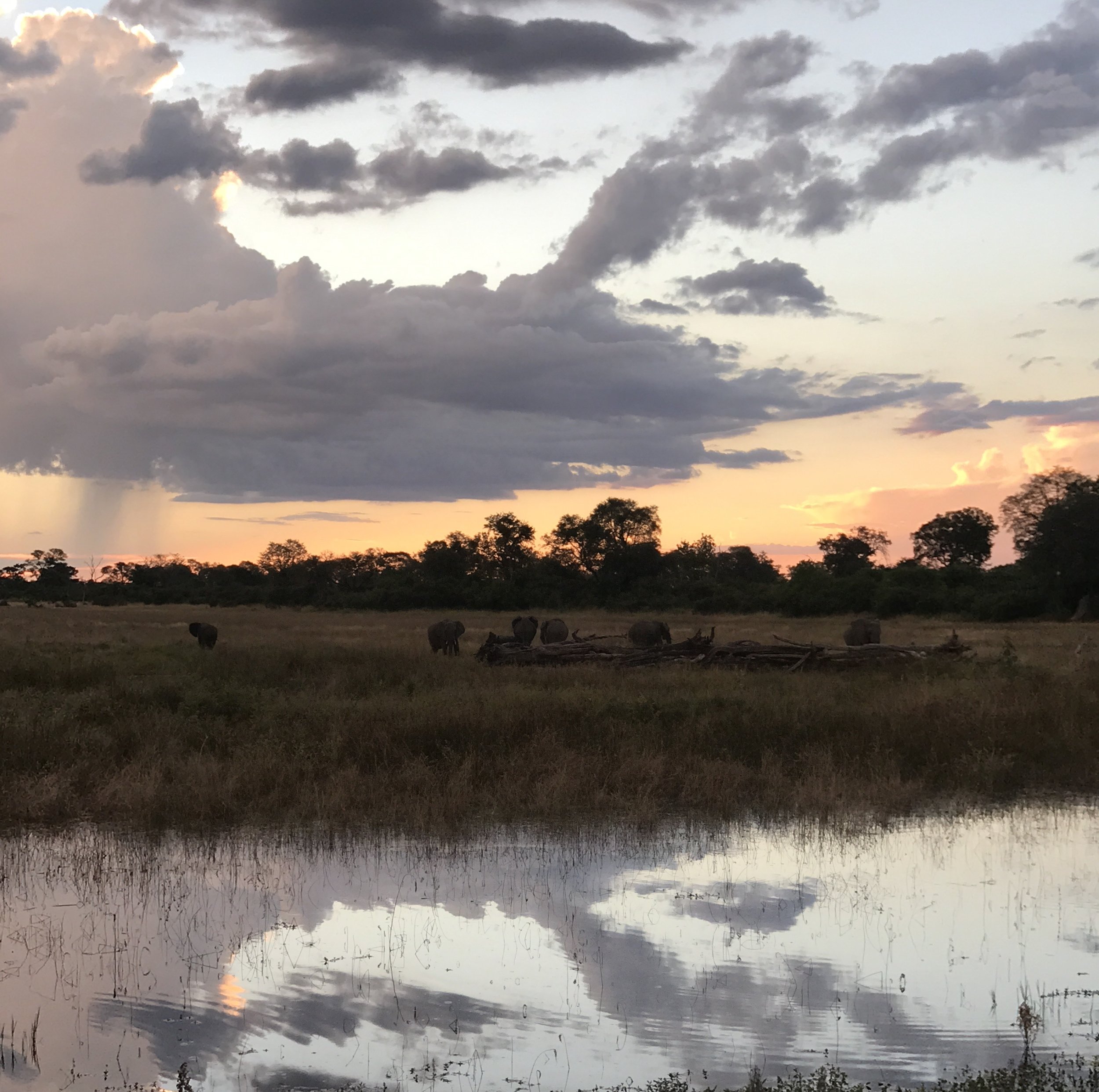 The next morning we were awoken at 5.30, which became a recurring theme for the rest of the vacation, there is no sleeping in on Safari! We dragged ourselves out to the deck for breakfast with the other guests, all twelve of them, (the camps are all small and intimate) before setting out on Safari.

It’s fair to say it was worth the early start! On the morning’s game drive we saw Hippos, Impalas (known as the McDonalds of the Bush due to the distinctive black M shape on their butts!) waterbuck, oh and the King of the Jungle himself, a beautiful male Lion. 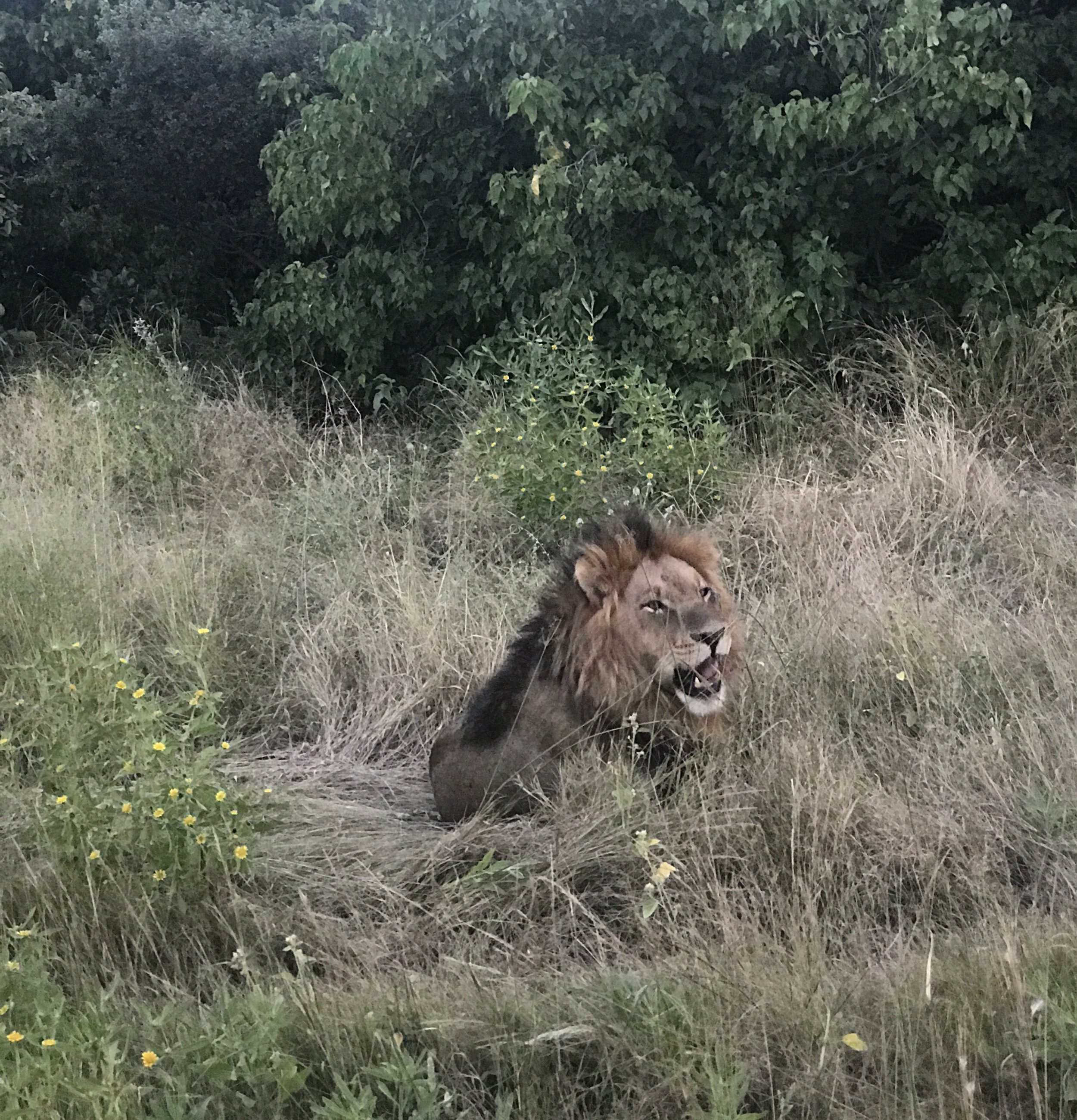 The next day we made our way South to our second camp, Shindi Lodge, Shindi means tree squirrel and we saw plenty of these cute little critters! We were greeted by song and dance and a glass of ice cold Sauvignon Blanc, before being shown to the Honeymoon suite. 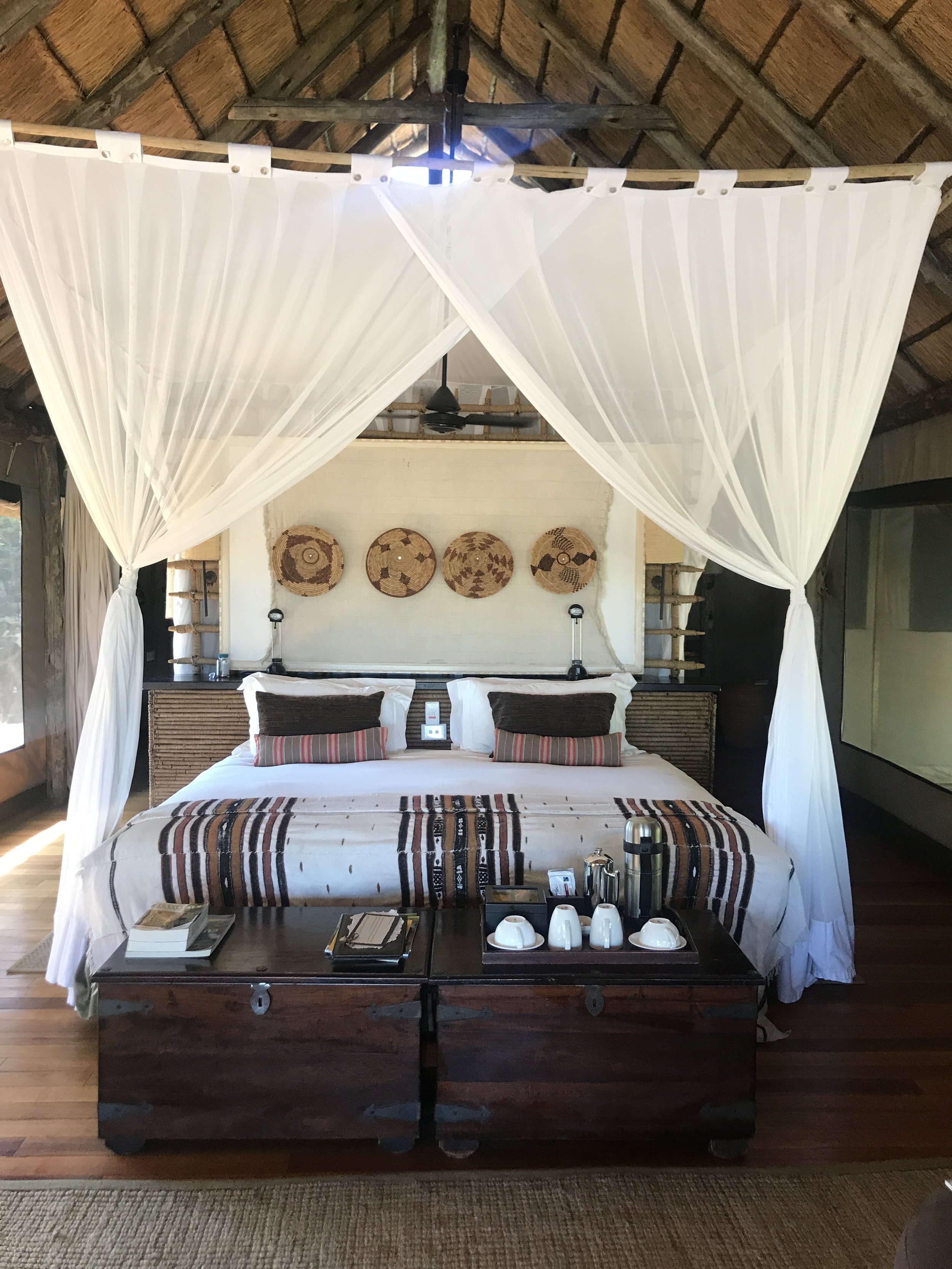 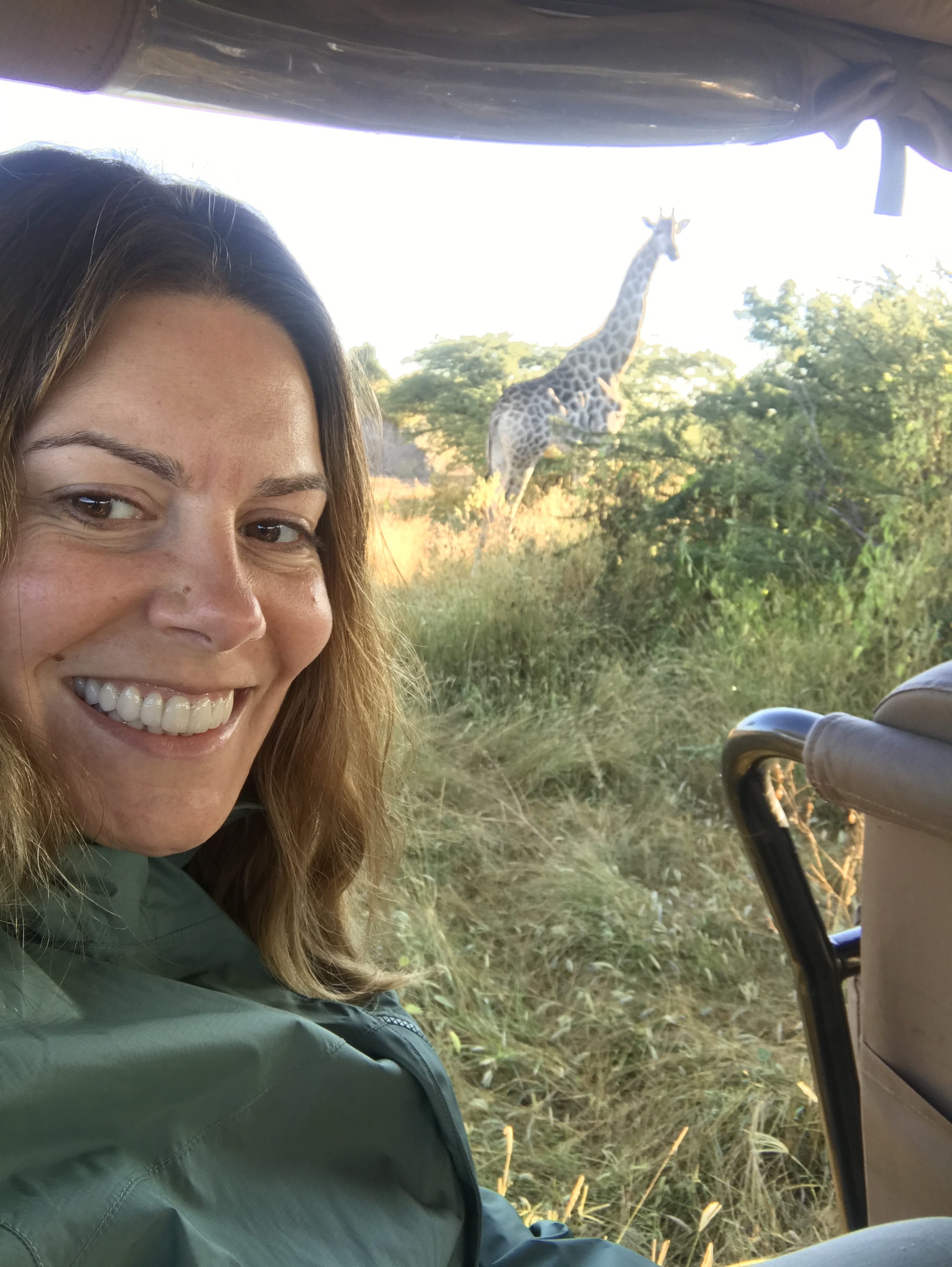 So the moral of the story is, don’t be afraid to explore Honeymoon options that you hadn’t previously considered! I am so glad we took this trip, and I did manage to wangle a few beach days in Oman, on our way home!

There is so much more I could tell you about this vacation, but I really need to clean the house and I don’t want you getting bored (which supposes that you aren’t already!) but I’ll leave you with this:

Top 5 reasons why you should consider a Safari Honeymoon

Rock and Stone at Home

How to slay a DIY wedding! »